In 2012, when MPA first introduced the MPA57 series pistols and carbines, the primary ammunition options were FN series 5.7x28mm in SB193, SS195,SS197, and SS198. Since 2012, American Eagle introduced the 40 grain AE5728A. As you can see below, the bullet configuration of the AE5728A is significantly different than the varieties from FN. 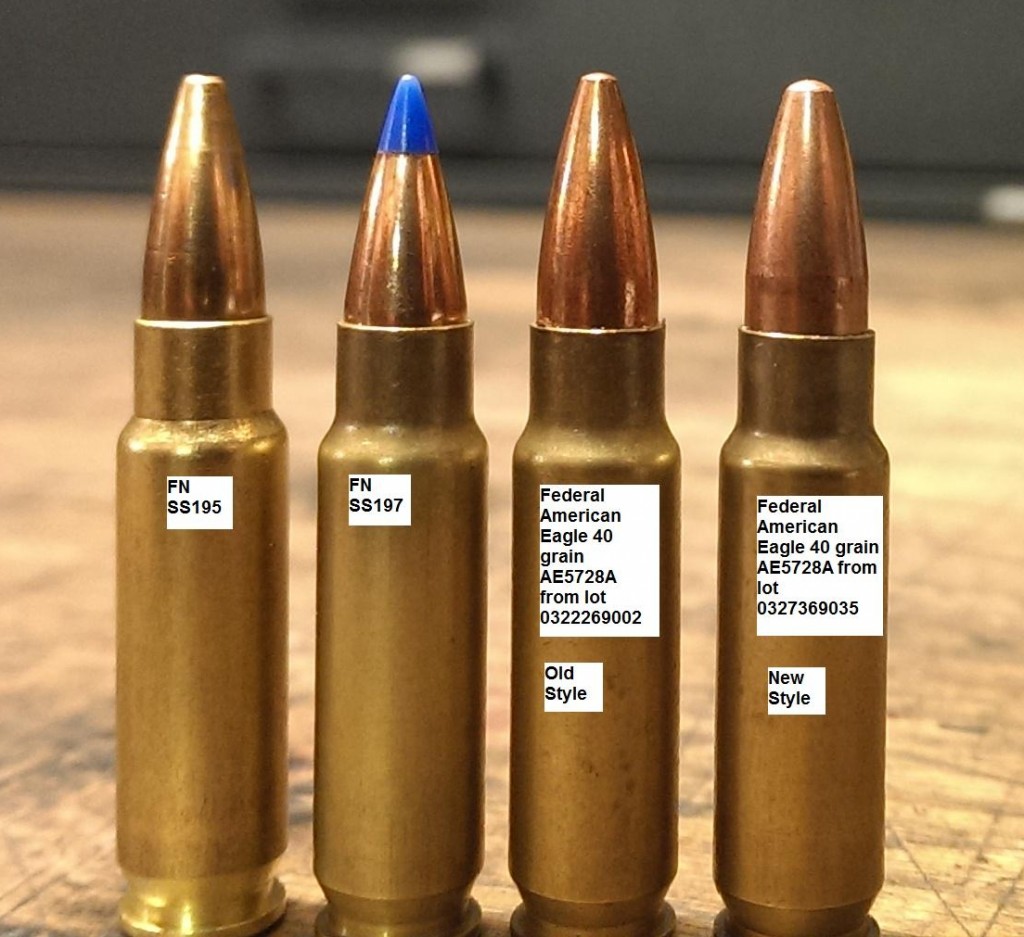 Additionally, the AE 40 grain ammo has gone through several changes to the bullet profile as you can see in the above picture.

As shown in the images taken of measurements on an Optical Comparator, you can see the differences. 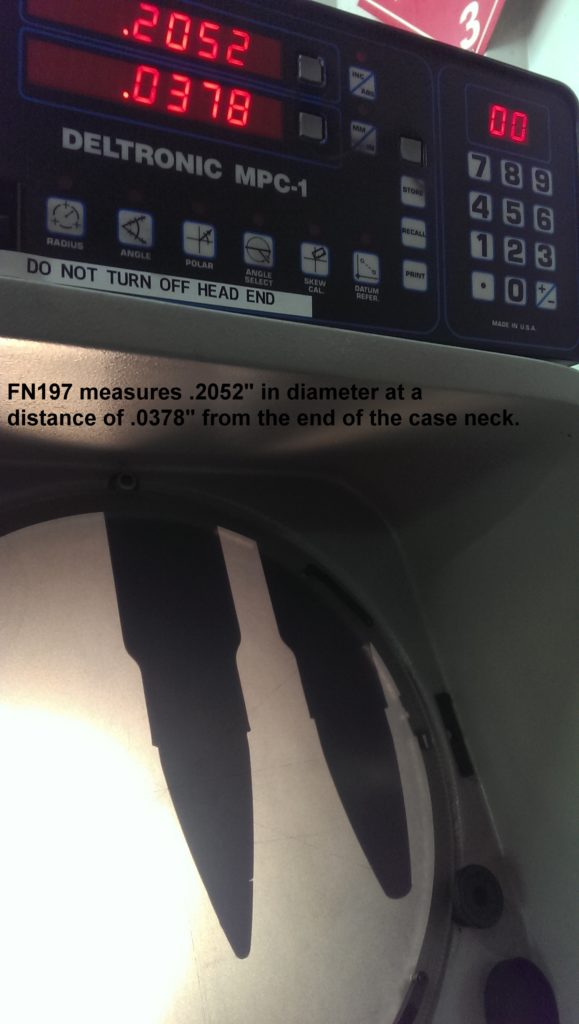 Since the American Eagle AE5728A was developed and introduced after the MPA57 series went into production, and the 5.7x28mm round is not SAAMI spec, MPA is developing a new chamber specification and chamber reamers to be able to handle both the FN series ammunition as well as the AE5728A 40 grain.

For those MPA customers that wish to have their barrels altered to shoot both FN and AE ammunition, you can send the upper receiver to us and we will re-throat the chamber.

Masterpiece Arms recommends using factory ammunition which meets SAAMI specifications for our 9mm, 45 ACP, 5.7x28mm & 5.56 x 45mm. For our weapons that are chambered for 9mm & 45 ACP, we recommend using FMJ ammo, which is consistent with the ammo type designed for the original MAC platforms. +P ammo is acceptable, however +P+ is not recommended for use in any MPA product and could possibly void the warranty.